The company is headed up by several experienced gold miners and they’re planning to re-list RC1 on the stock exchange next month.
ASX:TTL      MCAP $486.3K

The company is headed up by several experienced gold miners and they’re planning to re-list on the stock exchange next month.

To reflect the change in focus, the business is in the process of changing its name from Transcendence Technologies to Redcastle Resources with the ticker code RC1.

At the heart of Redcastle’s offering is the 1088 hectares of land it plans to acquire in the Redcastle Mining Centre of WA, where gold was first discovered back in 1895.

The Redcastle area falls in between the Archaean Norseman to Wiluna greenstone belt, which hosts a number of gold, nickel, lithium, rare earth and copper-zinc deposits.

It also plays host to the famous mineralised structure, the Redcastle Reef, which
is a steep dipping zone of chlorite alteration that has several sub parallel zones.

TTL has already identified multiple target areas based on historic exploration results, which includes drilling carried out by its previous owner.

The materials stock has one mining lease granted, one other pending and nine prospecting licences in place at the site, with plans to expand its landholding further.

Si6 also has a highly prospective gold project towards Laverton, WA as well as a base metals project in Botswana.

Mr Dixon has a 30-year career in mining businesses, including his former tenure at Kin Mining (KIN) and currently at the newly listed Mt Malcolm Mines (M2M).

Ahead of its planned re-listing, Redcastle is looking to raise $4.5 million via a public offer, with new shares on offer at 2 cents each.

The offer opened last week and will close on November 23, with 225 million TTL securities to be issued all up.

Once the offer is complete, Redcastle Resources anticipates it will be readmitted to quotation on the ASX on December 20.

The business has changed its name to reflect its new gold exploration focus, and will re-list under the ticker code RC1.

The materials stock post-listing is set to have a market cap of roughly $6.5 million.

TTL by the numbers 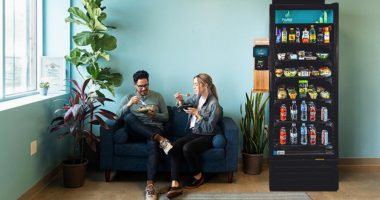 In a traditional company structure, the human resource department controls everything from team bonding and conflict resolution to payrolls and vacation days.