The five-storey, New York-style office building at 28 Franklin Street has 1553 square metres of space, as well as an open rooftop with a boutique studio/cottage, and is located in the heart of Adelaide’s CBD. 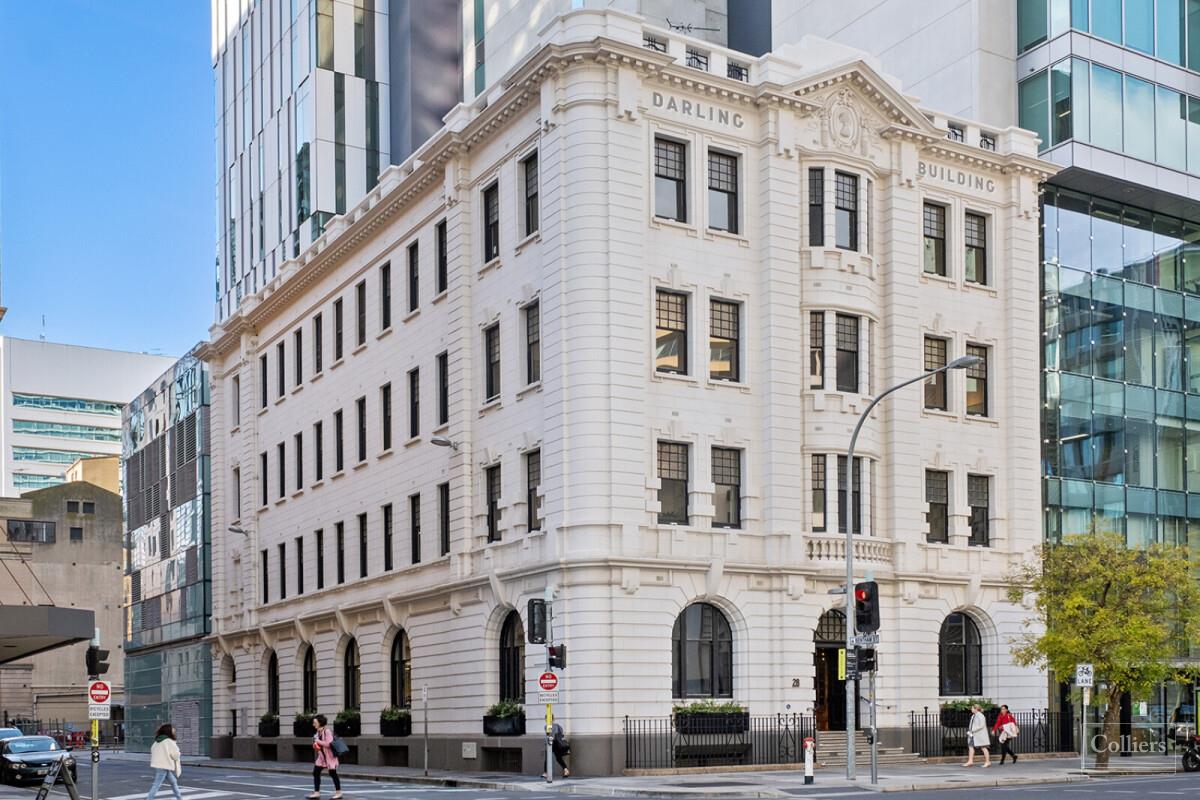 When the iconic Darling Building in Adelaide’s CBD goes on the market later this month, it is expected to generate a lot of interest from a wide spectrum of investors.

The five-storey, New York-style office building at 28 Franklin Street has 1553 square metres of space, as well as an open rooftop with a boutique studio/cottage, and is located in the heart of Adelaide’s CBD.

Expressions of Interest are due by October 14 and will be handled by Colliers’ Alistair Mackie and Rhys Newman in collaboration with Knight Frank’s Guy Bennett and Oliver Totani.

“Originally built in 1916, the Darling Building was fire damaged in 2000 before being gutted and fully refurbished from mid-2016, with all new services and amenities and a 5.5 star energy rating,” Mr Mackie said.

“It now presents as one of Adelaide’s highest quality boutique office buildings.

“The refurbishment has created a stunning and unique working environment with high ceilings and excellent natural light.”

Five levels of 1553sqm, including a boutique roof top deck and cottage make up the iconic building.

The Darling Building is conveniently located on the intersection of Franklin and Bentham Streets in the Adelaide CBD, near to the GPO, Central Markets, Law Courts district, and famous eateries.

“Located centrally within the CBD, its position ensures ease of access for its commuters and access to outstanding amenities, including Adelaide’s popular laneways,” Mr Bennett said.

According to Colliers, Adelaide office spaces are in hot demand.

This high demand is absorbing vacancies at a faster rate than the real estate body expeted, with a preference for newer structures with pre-fitted interiors, a contonuation of the oingoing flight-to-quality being flect across the country.

The vacancy estimate for the end of 2021 is now in line with what Colliers expected to see by late 2022.

In the year to March 2021, sales volumes in the Adelaide metro and fringe markets totalled $177.3 million, thanks mainly to the sale of the yet-to-be-built SA Emergency Services Command Centre for $103 million.

With a reported yield of 4.8 per cent, this was sold by Axiom and acquired by Charter Hall.