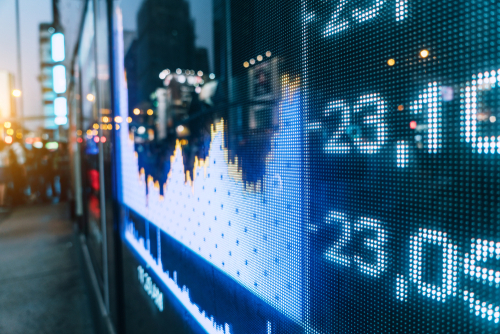 The ASX 200 reached mid-session 12 points or 0.2 per cent stronger at 6233 as gains in industrials and the big banks offset declines among resource stocks.

There were plenty of reasons for the market to go lower this morning: US stocks dropped after President Donald Trump threatened to broaden his trade war; the International Monetary Fund slashed its growth outlook for the global economy; and the local market’s best performer yesterday – Crown Resorts – was a deadweight on the index after Wynn Resorts abandoned its takeover offer and walked away.

Shares in Crown plunged 8.9 per cent after its American suitor issued a brief statement saying it was terminating discussions because news of its confidential approach leaked to the press yesterday, prompting Crown to issue a statement through the ASX. Today’s dive might have been worse if not for the lingering hope among investors that the company is now firmly ‘in play’ as a takeover candidate.

US stocks declined overnight after President Trump raised the prospect of imposing tariffs on European imports in retaliation for European subsidies for aeroplane-manufacturer Airbus. Adding to the downward-pressure was news that the IMF had cut its growth outlook for the global economy to 3.2 per cent this year from the 3.5 per cent it expected as recently as January. The S&P 500 shed 0.61 per cent, ending an eight-session winning run. The gloom extended into after-market futures trading, with S&P 500 futures lately down two points or 0.1 per cent.

Seven West Media was the best performer on the index, rising 5.2 per cent after selling its 50 per cent stake in Yahoo7 to Verizon Media for $20.75 million. Gold miner Saint Barbara was another standout, gaining 3.5 per cent after buying the Green Dam project in WA from Element 25 for $700,000.

Resource stocks accounted for most of the falls here, energy and materials stocks falling 0.5 per cent. Alumina lost 3.1 per cent, Independence Group 3.8 per cent, South32 2 per cent and Origin Energy 1.3 per cent. Among the majors, BHP eased 0.8 per cent, while Rio Tinto scratched out a rise of 0.2 per cent.

Oil pulled back from five-month highs overnight, ending a run of six straight rises. Texas crude futures were lately sitting at $US64.08 a barrel. Gold futures eased a little this morning, lately down $2.90 or 0.2 per cent at $US1,305.30 an ounce. On currency markets, the dollar was buying 71.1 US cents.

The economic calendar ramps up a gear tonight with the European Central Bank due to release a policy statement at a press conference and Wall Street waiting for inflation figures and the minutes from the last Federal Reserve board meeting. The big potential market-mover here tomorrow is Chinese inflation data, due an hour and a half into the session.