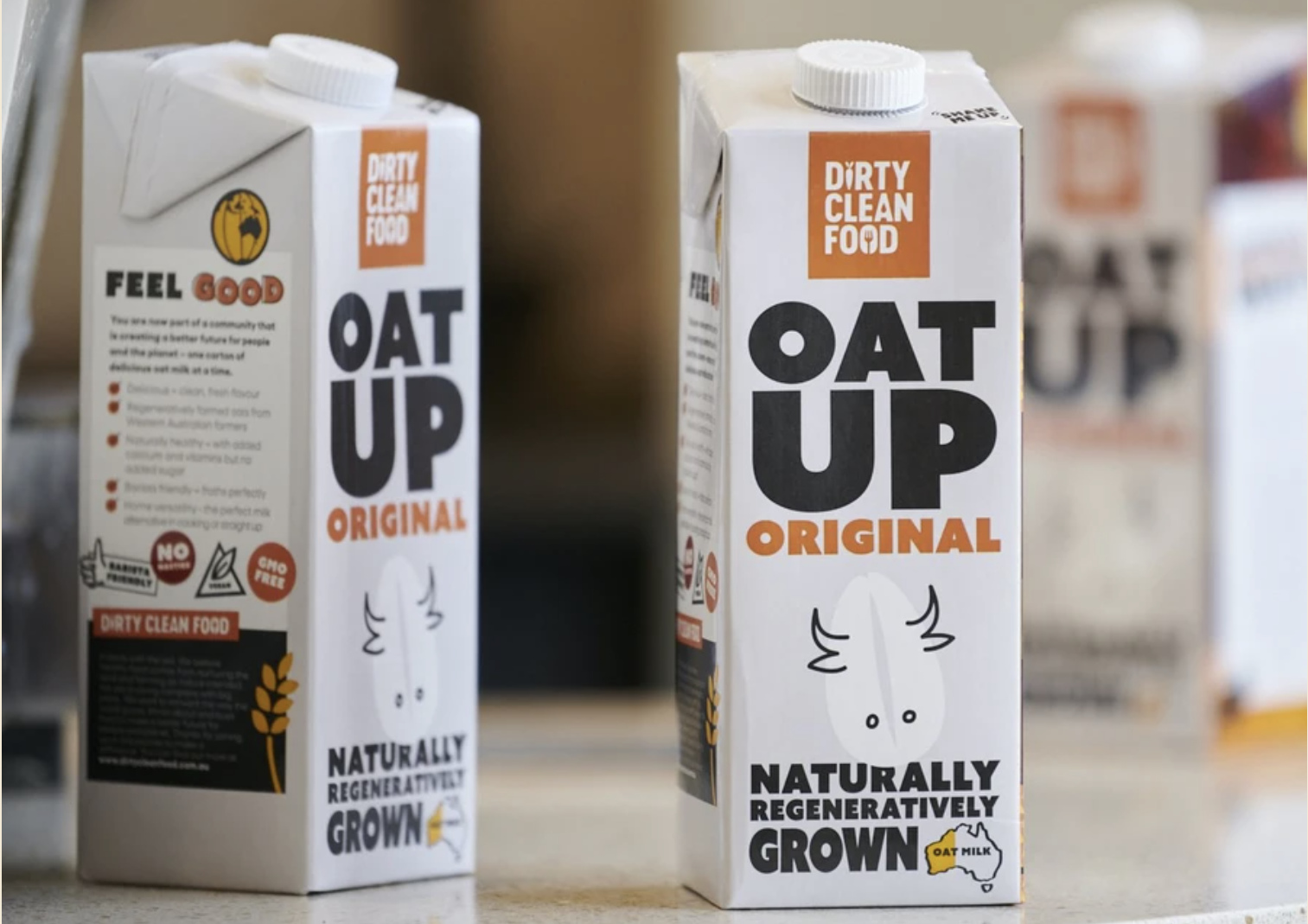 Dr Ben Cole, Managing Director of Wide Open Agriculture, said the company is thrilled with the agreement with Woolworths, which will see Dirty Clean Food’s milk available for purchase in half of its stores in Australia.

The agreement has an initial term of one year, with an expected yearly sale revenue of $750,000. The first shipment is expected to be delivered to Woolworths by March 4.

As part of the deal, WOA agreed to a year of exclusivity with Woolworths from April 1 2022, which excludes sales to Coles and ALDI.

The company said its phase one plan found customers embraced regenerative and ethically produced food in Perth. Following the positive reaction from buyers, the new deal is anticipated to see around ten litres sold per store each week.

The company said the agreement gives Dirty Clean Food the opportunity to market its brand and to communicate the regenerative farming practices used by its oat suppliers directly to Woolworths customers.

“We were impressed by their knowledge of regenerative farming practices and their support of our initiative to produce carbon neutral oat milk made from regeneratively farmed oats, grown and rolled in Western Australia.”

The agreement with Woolworths represents the largest distribution agreement for Dirty Clean Food to date.

Meanwhile, Dirty Clean Food has finished developing an expanded line of one litre oat milk products, with flavours including chocolate, barista, and coffee. These new products are expected to hit shelves in the third quarter of 2022.

“We are now on track for distribution in over 1,000 locations by the end of this fiscal year, which we see as an incredibly positive response for a new product launched less than 12 months ago,” said Jay Albany, CEO of Dirty Clean Food.