Spurts of lava came from the Cumbre Vieja volcano in the early evening and went down the mountainside after a period of several hours without explosions. 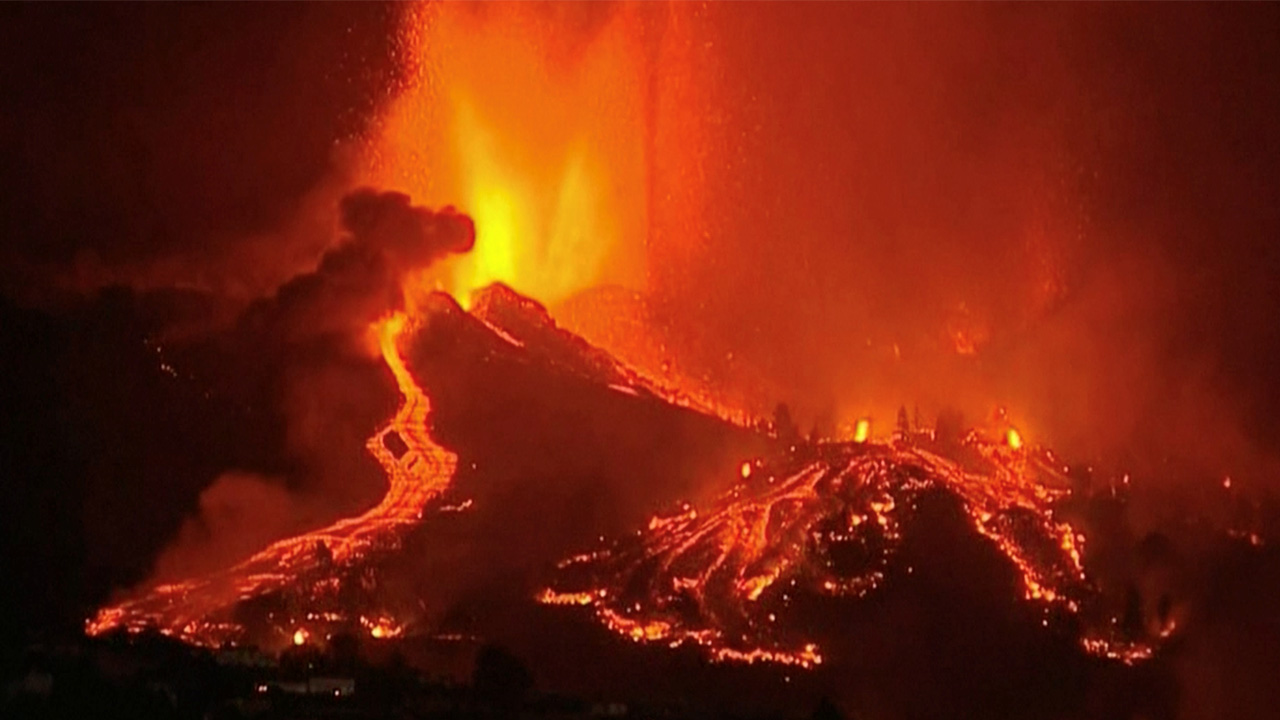 A volcano on the Spanish Canary Island of La Palma has began spitting out lava again.

Spurts of lava came from the Cumbre Vieja volcano in the early evening and went down the mountainside after a period of several hours without explosions.

Just eight days ago, the volcano erupted on the island, causing evacuations in villages.

Since then, the lava has been slowly flowing down the volcano’s western side towards the sea, destroying more than 500 houses as well as churches and banana plantations.

Spanish property portal, Idealista, expects the damage to be around €178 million (around A$285 million).

If the lava hits the sea it is likely to trigger explosions and emit clouds of chlorine gas. However authorities said they could not be sure if the lava would reach the Atlantic ocean.

About 300 local residents in the coastal areas of San Borondon, Marina Alta and Baja and La Condesa have been confined to their homes.

Flights to and from the island remained closed, despite emergency workers cleaning ash from the airport runway.

“Activating and deactivating is logical, natural in the evolution of Strombolian volcanoes,” Director of the Pevolca response committee, Miguel Angel Morcuende told Reuters.